Engaging, Inspiring, And Transforming Legal Thought Through Scholarship And Service 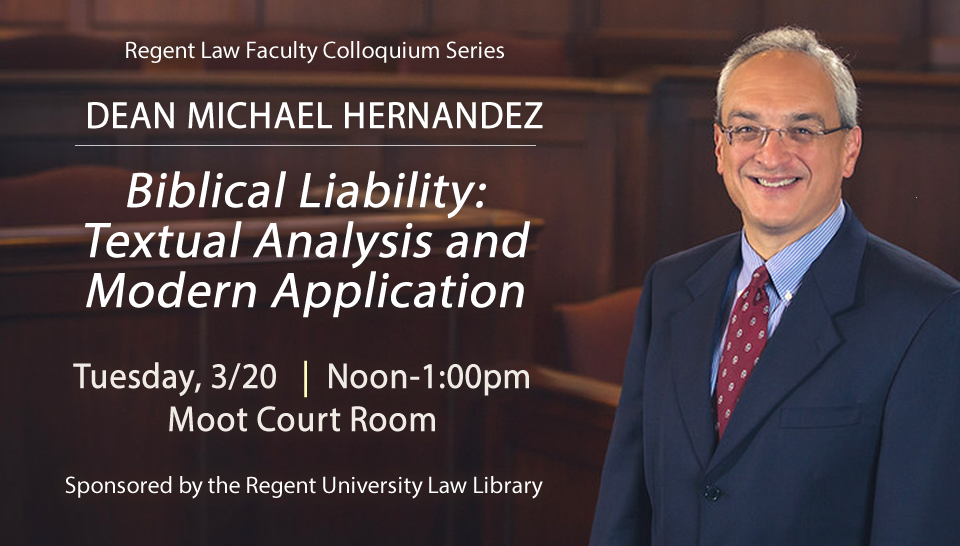 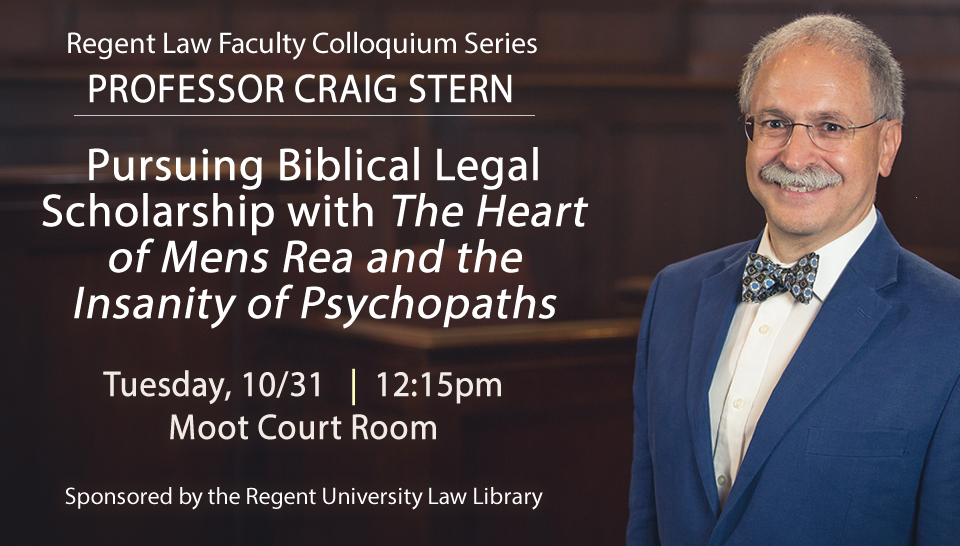 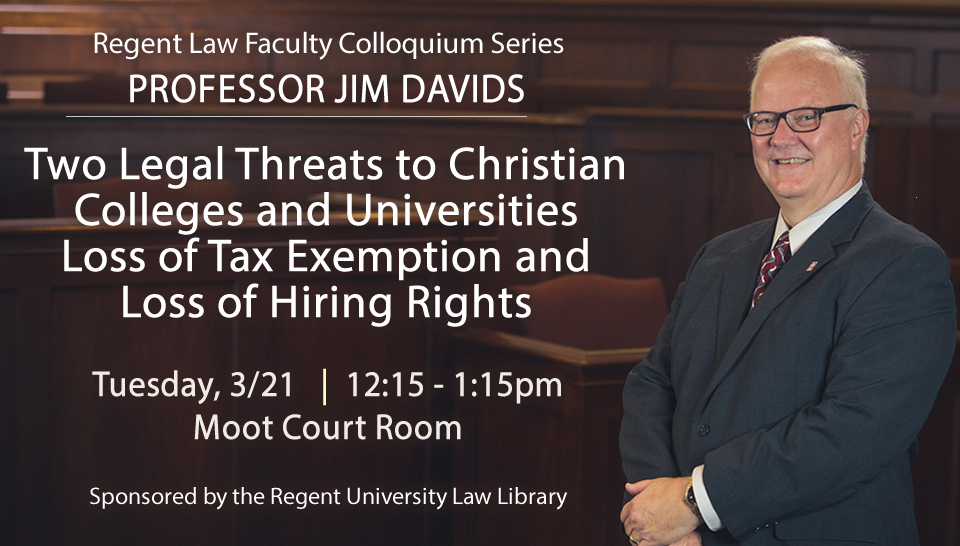 NATURAL AFFECTION:
Natural Law or Natural Selection, and Does it Matter? 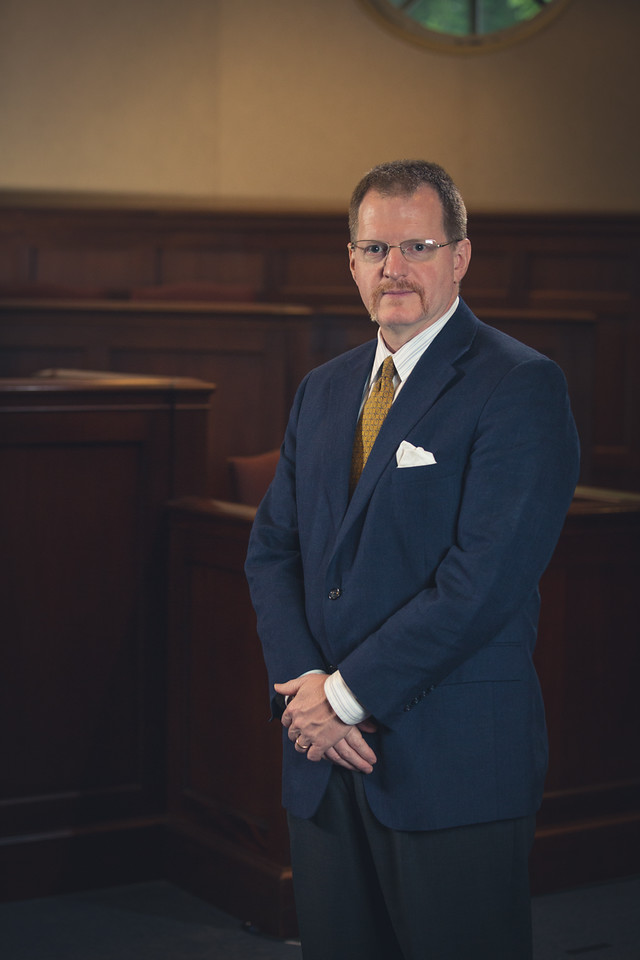 Professor Hensler will review the history and concept of natural affection in human society with particular attention to the law, and he will discuss the Divine basis for natural affection vs. natural selection basis.

Bouvier’s Law Dictionary, published in 1856, defined “natural affection” as “[t]he affection which a husband, a father, a brother, or other near relative, naturally feels towards those who are so nearly allied to him . . . .” This natural affection is significant in a variety of legal contexts. It is central to child custody decisions. It sometimes supplies the consideration in contracts and deeds. A related legal concept is the “natural object of testator’s bounty,” who are the near relatives designated to take under the various states’ intestacy laws.

“Natural affection” also is a Christian biblical concept. The Greek word for the natural love of family members for each other, stergeo, never appears in the New Testament, but its negative, astergeo, (without natural affection) occurs twice in the epistles of St. Paul, both times in reference to a corrupt human society worthy of judgment. Moreover, one of the most famous Old Testament narratives centers on the concept of natural affection. When Solomon famously proposed to cut a disputed baby in half, he was able to infer from the different reactions of the contestants which was the mother of the child.  Solomon inferred that the woman who objected to dividing the child loved the child and was the true mother.  Thus, natural affection of mother for child was an assumed premise in Solomon’s chain of inference.[1]

Of course, the acceptance of natural affection is not limited to adherents of the Bible. In speeches of Cicero, natural affection between family members is assumed as the social norm. In 1711 the Earl of Shaftesbury famously wrote of “natural affection and the care and nurture of the offspring” being “natural.”[2]  Per Adam Smith, “Every man feels his own pleasures and his own pains more sensibly than those of other people. . . . After himself, the members of his own family, those who usually live in the same house with him, his parents, his children, his brothers and sisters, are naturally the objects of his warmest affections.”[3] In the twentieth century, Ronald Coase inferred from Smith that affection is necessary to the effective and efficient care of children.

Near the beginning of the 18th century, the prevailing understanding of natural affection came under challenge by the idea that the affection of parent for child really is a form of self-love. The fact of family affection has never seriously been doubted, but the basis for that affection has been called into question. While Smith appears to have accepted that mankind possesses this natural affection because he has been created by God,[4] leading economists of the 20th and 21st centuries are less willing to accept the idea of a harmonious natural law written on the human heart by the Creator. Most economists today would explain such affection in human nature as a result of natural selection. For example, Richard Posner attributes altruism among kin to sociobiology, according to which people favor their own offspring because natural selection has developed that characteristic within the human race to promote survival of the species.[5]

The Constitutional Right that Dare Not Speak Its Name 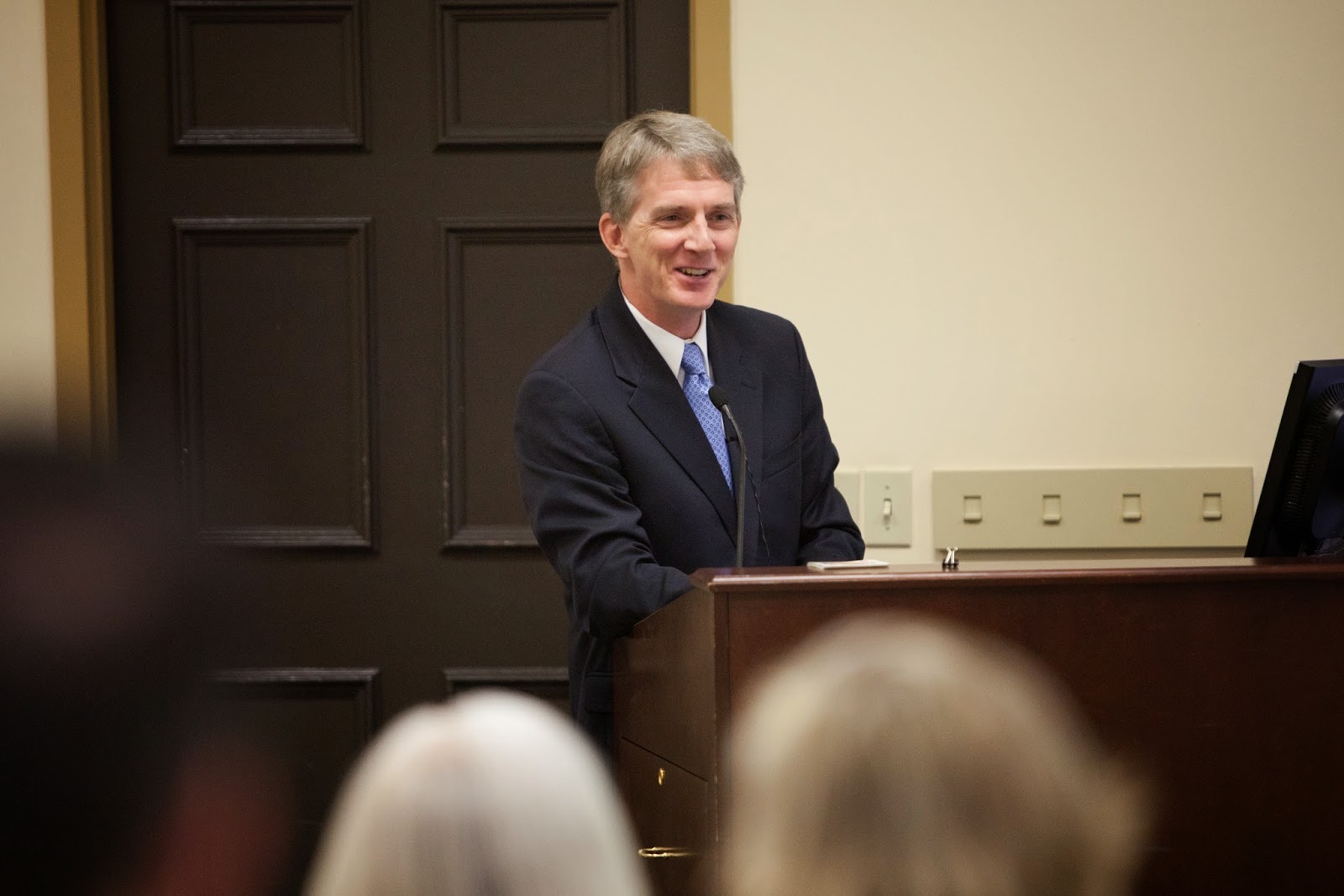 Professor Duane will review the surprising recent legal developments that have made the exercise of the 5th amendment more valuable than ever before – but also more dangerous and difficult. All students are welcome to attend. 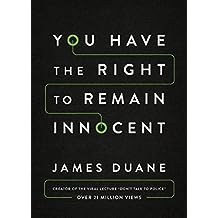 You Have the Right to Remain Innocent

An urgent, compact manifesto that will teach you how to protect your rights, your freedom, and your future when talking to police.

Law professor James J. Duane became a viral sensation thanks to a 2008 lecture outlining the reasons why you should never agree to answer questions from the police—especially if you are innocent and wish to stay out of trouble with the law. In this timely, relevant, and pragmatic new book, he expands on that presentation, offering a vigorous defense of every citizen’s constitutionally protected right to avoid self-incrimination. Getting a lawyer is not only the best policy, Professor Duane argues, it’s also the advice law-enforcement professionals give their own kids.

Using actual case histories of innocent men and women exonerated after decades in prison because of information they voluntarily gave to police, Professor Duane demonstrates the critical importance of a constitutional right not well or widely understood by the average American. Reflecting the most recent attitudes of the Supreme Court, Professor Duane argues that it is now even easier for police to use your own words against you. This lively and informative guide explains what everyone needs to know to protect themselves and those they love.

The Role of Legal Education in Student Professional Identity Formation

Since two landmark reports on legal education in 2007, many law schools have recognized the need to focus on their students' character and professional identity formation, not just their development in cognitive and practical skills.

In this presentation, Dean Madison and Professor Gantt will discuss their research on how law schools can best enhance their students' professional formation, judgment, and decision-making skills.  Dean Madison and Professor Gantt will also discuss specific techniques law school throughout the country are implementing to promote such student formation."

The Constitution and Same-Sex Marriage

American society is in the midst of a cultural upheaval over issues of sexuality, homosexuality, and same-sex marriage. What is a Christian response?

In this discussion, Professor Jacob will will attempt to unpack a biblical approach with regard to: sexual immorality, state policy decisions to redefine marriage, and the Supreme Court’s Obergefell decision –each of which may lead to a different conclusion.

In this presentation Associate Dean Kohm and Professor McKee suggest that sustainable development policy, promoted by the United Nations, which requires reductions in growth of human populations to promote environmental sustainability and economic development, places women and children at risk. United Nations conferences of the last twenty years have been focused on population, gender, women’s rights, children’s rights, healthcare, and education as “the main issues that framed the debate on the family and ultimately influenced many policy initiatives regarding it.”

Come to learn about and understand the connections between sustainable development population policies, human trafficking, and the demographic demise of the family.

The Supreme Court’s opinion in National Federation of Independent Business v. Sebelius, upholding the constitutionality of the Patient Protection and Affordable Care Act (ACA) as a permissible exercise of Congress’s taxing power rekindled an old question about the constitutionality of the Act: Was the Act unconstitutional under the Origination Clause? The bill that became the ACA, H.R. 3590, originated in the House as the Service Members Home Ownership Tax Act of 2009. It was gutted by the Senate and replaced with the ACA before being passed and sent back to the House for final passage. The Supreme Court has heard very few cases on the Origination Clause, and Origination Clause challenges have met with little success. Most of these cases have developed over the questions of whether the bill is actually a revenue-raising bill that is constitutionally required to be originate in the House, and, if so, whether the Senate amendments were appropriate. But United States Term Limits v. Thornton provides another angle under which to examine the constitutionality of the ACA: an indirect violation of a constitutional prohibition. In this Article, Professor Dysart provides an overview of the ACA’s passage and analyze it through the lenses of traditional Origination Clause arguments and the Term Limits approach. 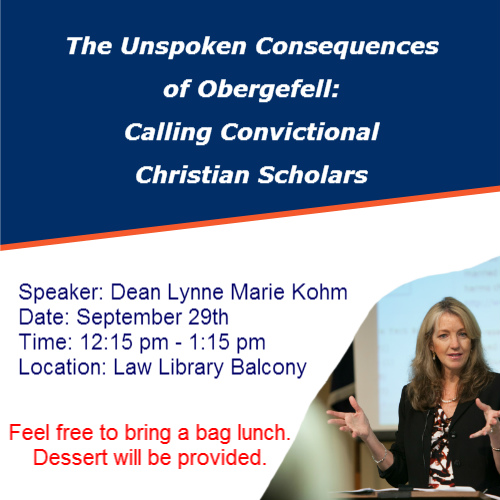 Offering a critical view of the decision in Obergefell v. Hodges and the marriage debate more generally, this essay considers the philosophical, academic, and spiritual position of the legal scholar of faith in light of the jurisprudence of Obergefell.  The unspoken consequences of this ruling compel state and individual submission to a doctrine that, according to Justice Anthony Kennedy, overthrows millennia of law and culture.  Yet, what should be the response of a man or woman of faith who has published as an advocate of conjugal marriage and who must now teach law students these postmodern principles as legal reality?

Join Dean Kohm and the law faculty in a discussion of this timely and compelling topic.