John Wimber was one of the principal founders of the Vineyard church movement that began in the mid 1970s in southern California. The John Wimber Collection was donated by the Wimber family.

John Wimber and the Collection 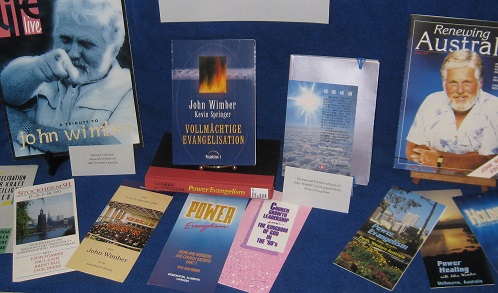 John Wimber (1934-1997) was one of the principal founders of the Vineyard church movement that began in the mid-1970s in southern California. Before his radical conversion to Christ in 1963, he was a rock musician with the Righteous Brothers. His ministry brought new expression to the work of the Holy Spirit, as witnessed in the more than 1,500 Vineyard churches that exist today worldwide.