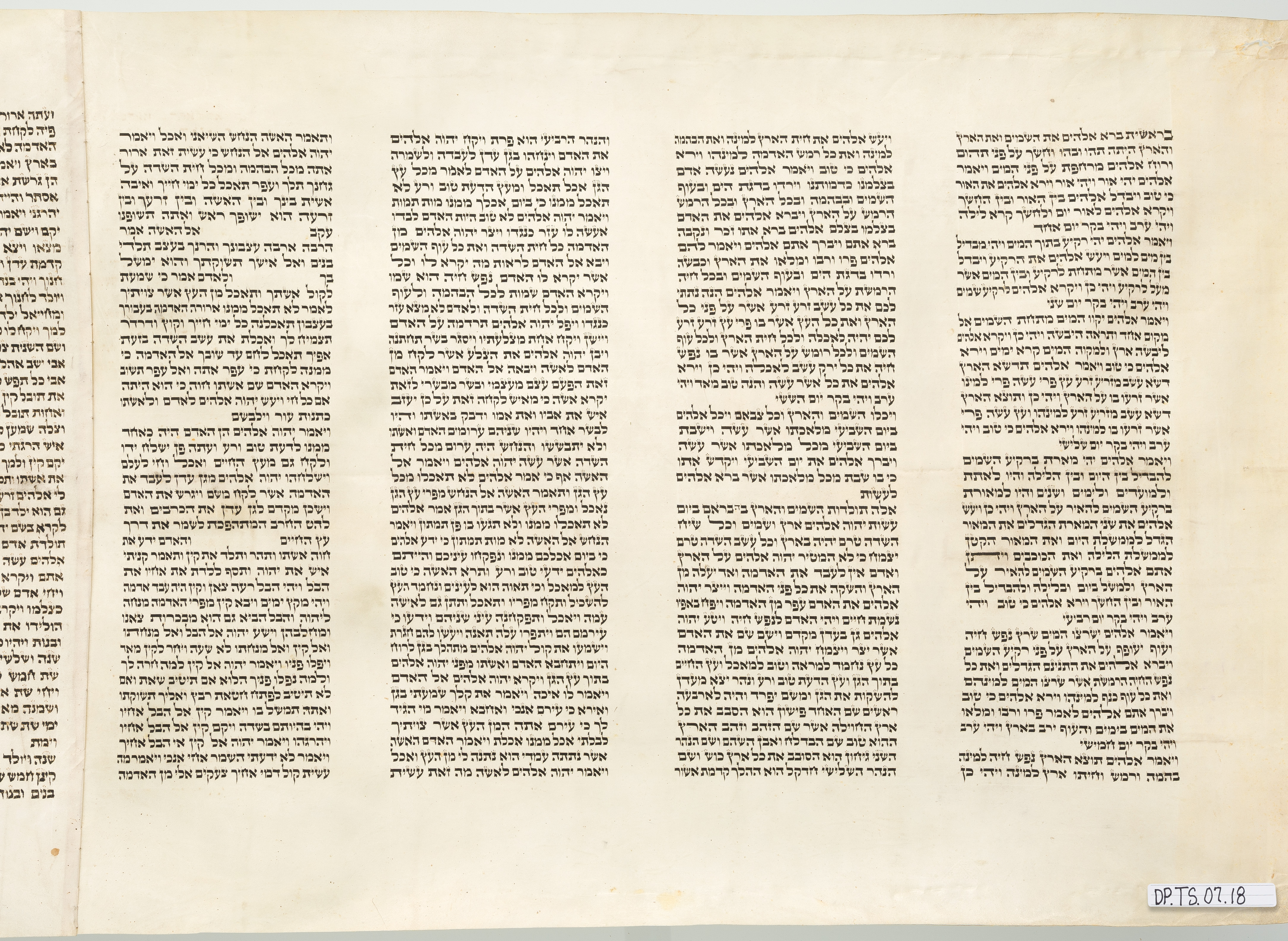 DP.TS.11.18 (this is the registration number) is a complete Ashkenazi (Eastern European Jewish tradition) Torah, the first five books of the Hebrew Bible, handwritten on calf skin. Based on an analysis of the handwriting, the scroll was written in the 19th century likely in Germany. The scroll is written on 60 panels or skins and is 86.07 feet in length and 18.32 inches in height. The scroll is comprised of 156 columns and is made up of 45 lines per column. The scroll was written by the same sofer or scribe. There are no replacement panels.

The Torah was acquired by a private collector in 2018 from the Ben David Collection, the largest private collection of scrolls in the world, located in Jerusalem. The Ben David Collection works in close consultation with staff from the National Library in Israel and with the Israel Antiquities Authority. The scroll was exported in full compliance with Israeli law governing the sale and export of such items. In 2021 the Torah was donated to Regent University.

The scroll is pasul (meaning not fit for liturgical use). Given the disrepair of the scroll when originally acquired, it indicates that it had fallen into disuse long before the Nazi devastation of Europe. It probably survived because it was not in kosher use and had been hidden away. Survivors of the Holocaust returned to ruined synagogues and gathered whatever they could find in genizahs (repositories in synagogues and cemeteries where pasul scrolls and religious writings were stored) and left with them for Israel and other countries to start new lives. Displaced refugees sold the items they had to the government, synagogues and collectors to provide start-up capital for them in Israel. The Torah eventually found its way to the Ben David Collection in Jerusalem in 2010.

This Torah is a vibrant testimony to a living tradition. It speaks to God’s care for His people and for His Word. The Torah has survived the darkest chapter of modern history. It is a living memorial of the loving commitment of those who wrote it, cared for it and read it over the past two centuries. It is hoped that the scroll will find a new community of faith with Regent University. 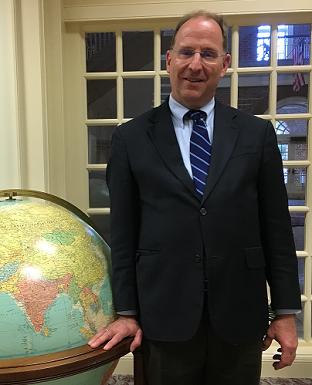